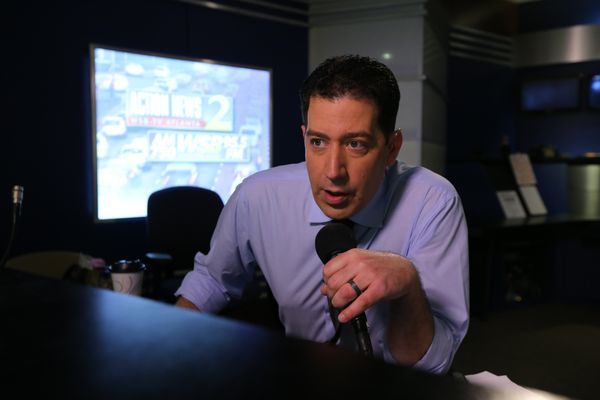 I've been working in the media business, specifically in television, radio and in newspaper, for over 25 years. One of the best parts of my job remains being invited to talk to students in high school and college that are interested in a career in media.

I'm often asked what my best advice is for young, aspiring journalists just entering the job market. My answer is always the same: Never be late to work, never call in sick, live close to the office and always keep your car clean. That last piece of advice often receives bewildered looks and head tilts from the audience.

Why is it important to keep your car clean?

My first job out of college was working an entry level position at a major-market radio station. I was a good employee, and was always willing to go above and beyond. I was approaching my six-month review when my boss scheduled a meeting with me to go over my work to date. I expected a quick, "you're doing fine buddy" meeting in his office. Instead, he suggested we go out for a cup of coffee to discuss things. Sounded good to me until he said, "Lets jump in your car and head to the diner down the street."

I immediately broke out in a flop sweat. I panicked. My car was an absolute mess. I had an older Mazda 626. While it was a very solid, very reliable car— both the inside and outside of it were disgusting. That 90-foot walk through the work parking garage was the longest, most agonizing walk I've ever taken in my life. I ran ahead of my boss to try and clear out some of the junk I'd had stashed on the passenger seat. I opened the door and quickly tossed papers, old fast food bags, soda cans, etc. into the back seat so my boss would have somewhere to sit.

I will never forget the look of disgust on his face. The two mile drive to the diner felt like three hours. We hit every stoplight on the way to the restaurant, prolonging my agony.

When we finally got to the diner, my normally jovial boss seemed gruff and cold. We had a cup of coffee and he quickly reviewed my performance—providing mostly positive comments. Yet, we drove back to the station in silence. My boss' perception of me had changed and I could feel it. His disappointment was palpable.

Weeks later I applied for a promotion inside the company and was denied. Months later, I applied again—but this time for a better job within the station. I didn't get it. My career hit a brick wall and I firmly believe it was because of my dirty car.

After that fateful drive to the diner, I made sure to always keep my car spotless inside and out.

Luckily, that boss moved on to another station later that year. When my new boss was hired, you better believe that my car was clean everyday.

Why Wax in Winter